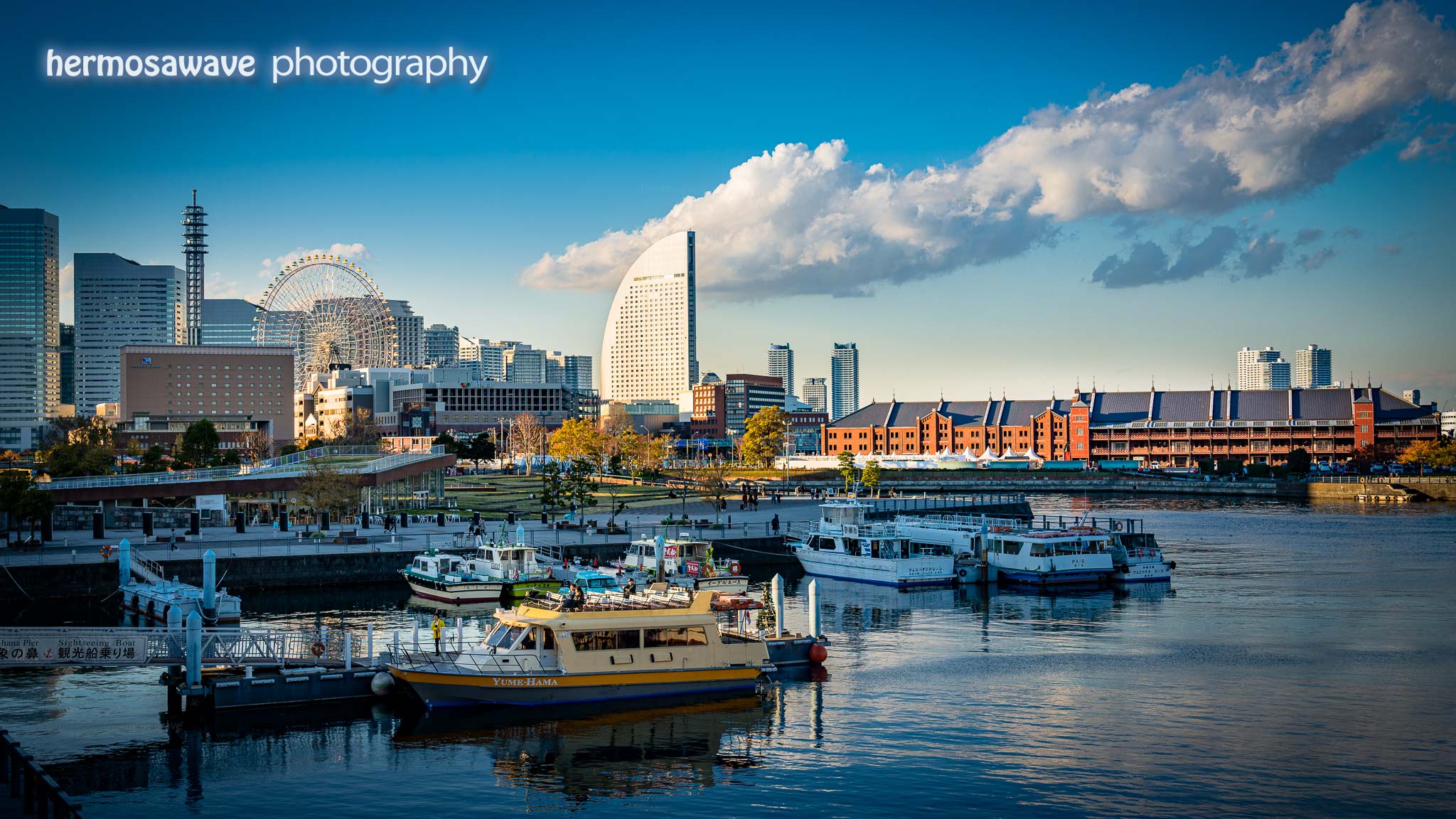 Hermosawave Picture of the Day

The Yokohama skyline at golden hour, from Zounohana Park.

This is approximately the location where Commodore Perry landed his American fleet in 1854, negotiating the Convention of Kanegawa which opened trade between the US and Japan. The treaties signed by Japan with the United States (and subsequently with the United Kingdom, Russia and France) sparked a backlash against the Shogun that led to the Meiji Restoration in 1868; and the birth of modern Japan.

Yokohama became (and remains) a major international port city; the historic red brick warehouses (right) are monuments to the volume of trade in the late 19th Century.

Zoom in for more detail.